Matt Kaplinsky works in a variety of paint media, creating original works largely inspired by landscapes
and still lifes. Reflections of various 19th and 20th century masters can be seen in his 21st century
works, including such figures as Charles Burchfield, David Bates, and Picasso, as well as Matisse, Monet,
Degas and Van Gogh.

A self-taught painter, Kaplinsky has been honing his craft since 1991. He finds inspiration in dramatic
elements of botanical settings or geography whenever he travels outside of the familiar territory of his
native north Texas. Working both from memory and photographs, he draws on his experiences of
places as different as the high mesa of New Mexico, the dramatic sea and sky of coastal Maine, and the
cloud forests of Costa Rica. “A group of colors and textures turn on the lightbulb… I imagine a cropped
view, and that starts a painting.” 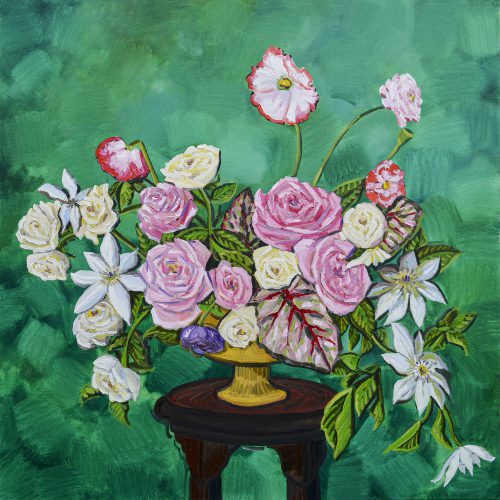 “It took about five years before I actually began to sell my art regularly. At first it was out of the back of
my old pickup truck in a parking lot, then from coffee shop walls, hair salons, consignment stores and
the like. Before too long I was invited to show in a gallery. For me, the important thing about art is what
you take from it, not where an artist studied how to express his or her ability. I leave my images to speak
for themselves and warrant their own merit.”

***Click here to use the new CTAGMOBILE navigation.***
Or, from your smart device, type ctagmobile.com, click on the address of the artist and instantly navigate to Google Maps.
CTAG Info: (972) 219-2405

© Cross Timbers Artists Guild, and respective artists, 2015-2040. Unauthorized use and/or duplication of this material without express and written permission from this site’s author and/or owner is strictly prohibited. Excerpts and links may be used, provided that full and clear credit is given to Cross Timbers Artists Guild and the artist(s) attributed to the original publication/artwork with appropriate and specific direction to the original content.